Each April, individuals and institutions come together to raise public awareness about sexual violence in all its forms and educate our communities about how to prevent it. We are in the midst of planning Sexual Assault Awareness Month (SAAM) 2023 and will update this page soon with opportunities to get involved.  In the meantime, you can explore the events below from SAAM 2022.

How to Support Survivors

Swing by to grab some ice cream from Creole Creamery, SAAM swag, and information about preventing sexual violence on Tulane's campus and beyond!

April 4th-- Human Trafficking Documentary and Q&A
Monday, April 4, 5:00 PM
Location: Kendall Cram, LBC
Join us for a documentary and Q&A on sex trafficking in America designed to raise awareness and initiate change. The event will showcase the documentary "Very Young Girls." The film follows the work of Rachel Lloyd, a former sexually exploited youth-turned-activist who started the organization GEMS (Girls Educational and Mentoring Services) in New York to help victimized young women escape trafficking situations. The event is hosted by Deshawn Augustus an employee with TUPD and Homeland Security Studies Student and Kimberly Wilson a current member of the NOPD and FBI task force working to end human trafficking in New Orleans.
Event page here!
April 5th-- Day of Action
Tuesday, All Day
Location: Online
Day of action encourages individuals to wear teal, the color of sexual assault awareness, to serve as a conversation-starter about sexual violence prevention and supporting survivors. Let's turn Tulane teal together! Take a selfie in your teal gear and post it to your social media along with a caption about how you support survivors or work to prevent sexual violence in our community. Make sure to use #SAAM2022 and tag @tucampushealth so we can repost!
April 5th-- Know My Name Book Club
Tuesday, April 5, 2021, 7:00-8:00 PM
Location: Zoom, Link on WaveSync Event

The Well for Health Promotion is excited to be teaming up with SAPHE to host a virtual book club! We will be reading the memoir “Know My Name” by Chanel Miller. Chanel Miller is a writer, artist, and survivor of sexual violence who spoke at this year’s Shifting the Paradigm event on March 23rd. Still need a book? We have free copies! Stop by the Title IX Office Mondays-Fridays, 9:00 AM- 4:00 PM to grab a copy.

The Well for Health Promotion is excited to be teaming up with SAPHE to host a virtual book club! We will be reading the memoir “Know My Name” by Chanel Miller. Chanel Miller is a writer, artist, and survivor of sexual violence who spoke at this year’s Shifting the Paradigm event on March 23rd. Still need a book? We have free copies! Stop by the Title IX Office Mondays-Fridays, 9:00 AM- 4:00 PM to grab a copy. 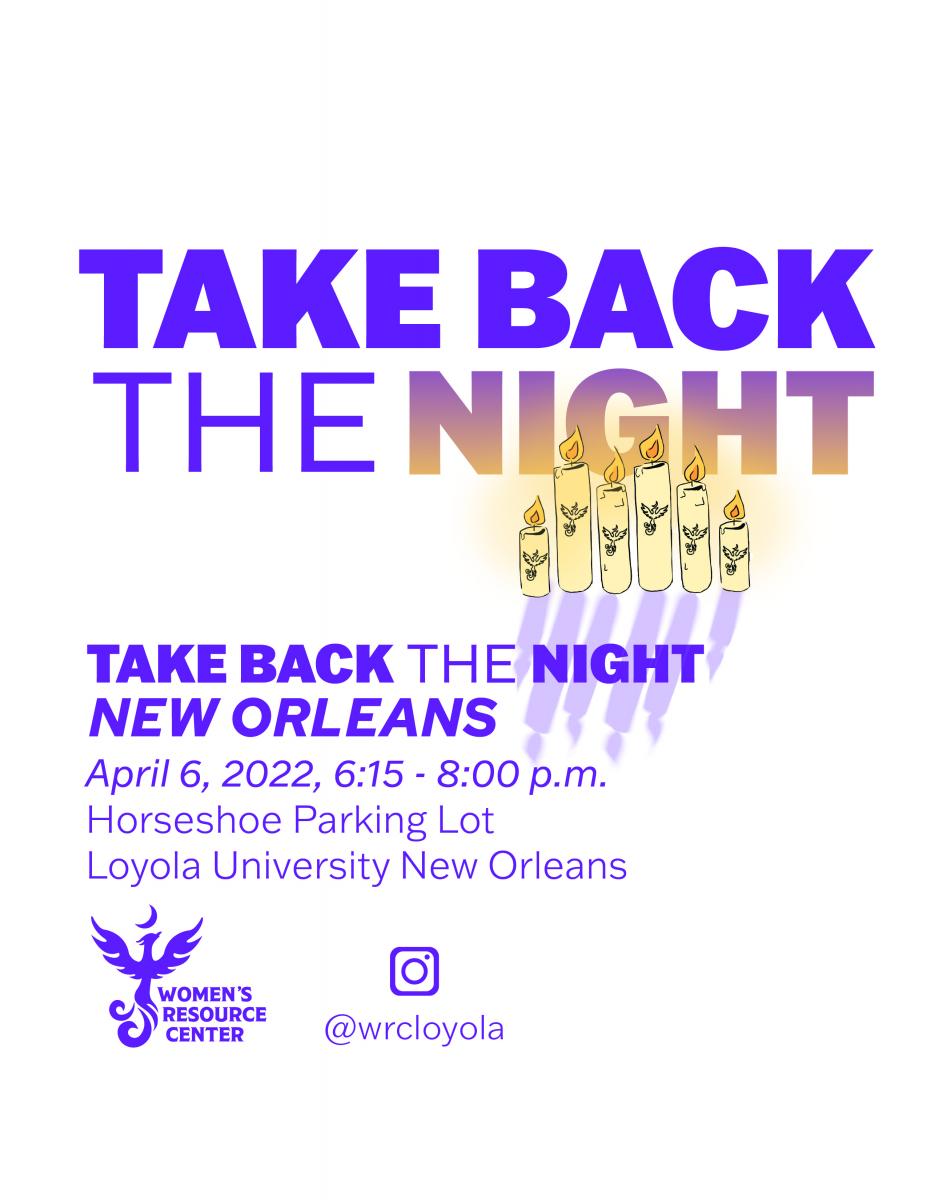 Join Student Affairs and the Title IX Office for a discussion on the current landscape of Title IX, with a focus on sexual misconduct and higher education.  Gabe Feldman, Sher Garner Professor of Sports Law, Paul Abram B. Barron Professor of Law, Director of the Tulane Sports Law Program, Co-Director of the Center for Sport, and Associate Provost for NCAA Compliance at Tulane University will moderate a discussion with Scott Schneider, a partner with the law firm Husch-Blackwell, and Paige Duggins-Clay, Chief Legal Analyst for the Intercultural Development Research Association.  As we approach the 50th anniversary of Title IX this summer, we will discuss the current Title IX regulations, changes to Title IX over the past years, and potential future directions for Title IX.  Click here to view a recording of this event.

April 19th-- Tulane Tuesdays: SAAM Edition
Tuesday, April 19, 11:00-2:00 PM
Location: LBC
Join the Title IX Office for a special SAAM edition of Tulane Tuesdays.
April 20th-- The Bluebird Project: Presentation on Human Sex Trafficking in America
Wednesday, April 20, 6:00-7:30 PM
Location: Stibbs
Join us for a presentation and Q&A on Sex Trafficking in America. The Bluebird Project is a student initiative designed to raise awareness and end sex trafficking in America. The presentation will explain what sex trafficking looks like in America to help educate the Tulane community on the issue's importance and dispel myths. Attendees will learn exactly what is "sex trafficking," how the problem impacts America, sex trafficking vulnerabilities, the nuances of leaving trafficking, and how individuals can help. After offering attendees an overview of the issue, the host will open the floor to questions and discussion. We hope to see you on April 20, 2022, at 6:00 p.m. in LBC room 203, Stibbs Conference Room.
Event page here!
April 22nd-- Fridays at Newcomb with Amy Brittian
Friday, April 22 12:00-1:00 PM
Location: Diboll Gallery

"Lessons learned from the making of “Canary”, The Washington Post’s groundbreaking podcast about survivors of sexual assault" Investigative reporter Amy Brittain joined The Washington Post in 2013 and has since specialized in coverage related to criminal justice and sexual assault, harassment and misconduct. In 2016, she was part of a team of Post reporters to win the Pulitzer Prize in National Reporting for a groundbreaking database effort to track fatal police shootings across the country. She has also been awarded a George Polk Award for reporting on steroid abuse by law enforcement, a Mirror Award for breaking the story of sexual misconduct by TV host Charlie Rose and a James Beard Award for investigative reporting. She has twice been named a finalist for the Livingston Awards, which honor the top young journalists in the United States. Her podcast, “Canary: The Washington Post Investigates,” was named by Apple Podcasts as one of the top 12 podcasts of 2020 and was awarded the 2021 Robert F. Kennedy Journalism Award. She was born and raised in Shreveport, La., and studied journalism at Louisiana State University and at the Stabile Center for Investigative Journalism at Columbia University, where she earned her master’s degree.

Fridays at Newcomb is a free lunch and lecture series featuring speakers across disciplines. Please note that non-Tulane guests must provide either proof of vaccination OR a negative PCR COVID-19 test that was taken within the past 72 hours.

April 25th & 28th-- SAPHE Tabling-- Sexual Violence in the Media
Monday & Thursday, 12:00-3:00 PM
Location: McAlister
April 26th-- Dine & Learn: Racism, Sexual Violence, & the Black Femmes Who Founded the Rape Crisis Movement
Tuesday, April 26- 5:30-7:00 PM
Location: Multi-purpose Room, Carolyn Barber Pierre Center for Intercultural Life, Richardson Hall
Join the Well for Health Promotion and the No More Tears Collective for a Dine and Learn exploring the intersecting origins of racism and sexual violence in the U.S. and the Black femmes who founded the Rape Crisis Movement to combat this violence. Dinner will be provided!
April 27th--Denim Day
When is Denim Day?
All Day on Thursday, April 27, 2022
What is Denim Day? (*TW: brief description of assault)
The Denim Day story begins in Italy in 1992, when an 18-year old girl was raped by the 45-year old driving instructor who was taking her to her very first driving lesson. He took her to an isolated road, pulled her out of the car, removed her jeans and forcefully raped her. She reported the rape and the perpetrator was arrested and prosecuted. He was then convicted of rape and sentenced to jail. Years later, he appealed the conviction claiming that they had consensual sex. The Italian Supreme Court overturned the conviction and the perpetrator was released. A statement from the Court argued that because the victim was wearing very tight jeans, she had to help him remove them, and by removing the jeans it was not rape but consensual sex. This became known throughout Italy as the “jeans alibi.” Enraged by the verdict, the women in the Italian Parliament launched a protest wearing jeans on the steps of the Supreme Court. This protest was picked up by international media which inspired the California Senate and Assembly to do the same on the steps of the Capitol in Sacramento. Denim Day was born. The first Denim Day event was held in April of 1999, and has continued annually since. To learn more, click here.
How do I participate?
Throw on your favorite denim and take a selfie along with a sign or caption that reads, "Ask me why I'm wearing denim today." Post the image to your personal or office's social media along with a message of support for survivors. Messages like, "I wear denim because I support survivors," or "Rape culture is real but rape myths are not," help to empower and encourage survivors within our Tulane community. Again, feel welcome to get your family or pets involved! Hashtag your post with #denimday and make sure to tag @tucampushealth and @tulanetitleix so that we can repost! And be sure to follow Campus Health and Title IX on social media so that you can see all the posts!
April 28nd-- Sex Ed Quickie: Denim Day & Victim Blaming
Thursday, April 28 4:00-4:30 PM
Watch on IG Live @TUCampusHealth
Join the Well for Health Promotion to discuss the history of Denim Day, it's origins in combating victim blaming, and how we can dismantle rape culture on Tulane's campus and beyond.
April 29th-- SAAM Resource Fair
Friday, April 29, 12:00-2:00 PM
Location: McAlister Walk
SAPHE presents the Sexual Assault Awareness Month Resource Fair! The below organizations will be tabling on McAlister to help explain who they are and what they can provide for the Tulane community. Students who interact with all of the tables will receive a FREE Sexual Assault Awareness Month T-shirt! Students who are wearing teal clothing will also receive a prize!